Update: Dinesh Gunawardana should be appointed as the Opposition Leader 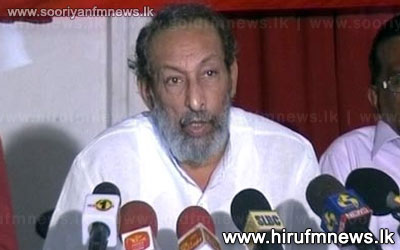 Democratic Left Front leader Wasudeva Nanayakkara said he expects to make a proposal immediately regarding the situation that occurred after several Opposition MPs accepted ministerial positions in the government.

He also accused that the presidential power has been used adamantly to suppress the power of parliament.

NFF leader and former minister Wimal Weerawansa stated that the current government is a distorted alliance.

Meanwhile, Provincial Councilor Udaya Gammanpila stated that the current government is not a national government, but it is a coalition government.

Former Minister Wasudeva Nanayakkara says that the Sri Lanka Freedom Party has surrendered to the UNP.

Nanayakkara stated this during a media conference organized by Pivithuru Hetak in Colombo this morning.

Dinesh Gunawardana, expressing his views to our news team yesterday had this to say about national government concept.

Having assumed duties as Housing and Samurdhi state minister, Dilan Perera told our news team that the current government is a government of understanding rather than a national government.