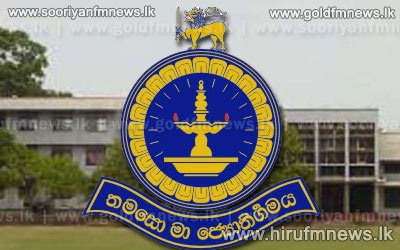 The Lanka Teachers Association staged a protest in front of Thurston College Colombo against its Principal for abusing a monk in his staff.

The monk is currently receiving treatment at Colombo National Hospital.

Education Minister Akila Viraj Kariyawasam said recently that the accused Principal has been removed from his duties until the investigations are over.

However Lanka Teachers Association’s General Secretary Joseph Stalin said that the Principal should be removed from the post permanently.