Mahapola scholarship to be increased to 5000 rupees in June 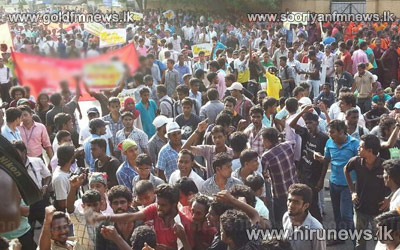 The Prime Minister’s office stated that the government has decided to increase Mahapola Scholarship from 2500 rupees to 5000 rupees from June onwards.

Releasing a communiqué the Prime Minister’s office stated that they have decided to increase the scholarship under the 100 day plan, a month prior to the promised date.

In addition they have decided to offer 2500 rupees for students who are not receiving the Mahapola Scholarship.