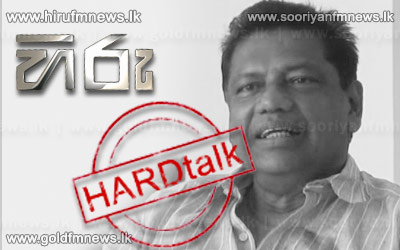 A Forum discussions relating to next viable Prime Ministerial Candidate for the forthcoming Parliamentary Election from Sri Lanka Freedom Party (SLFP) has reached it's peak in this moment.

When half claims that the Former President Mahinda Rajapaksa is the legitimate Candidate for the position, some say otherwise. Former Minister of Transport Kumara Welgama is one of the members who demand this claim. He even stood by the decision to appoint Former Presidentas SLFP Prime Ministerial  Candidate at Controversial Nugegoda rally.

Today, Hard Talk decided to question Mr. Kumara Welgama about his true view regarding the next viable Prime Ministerial Candidate from SLFP.