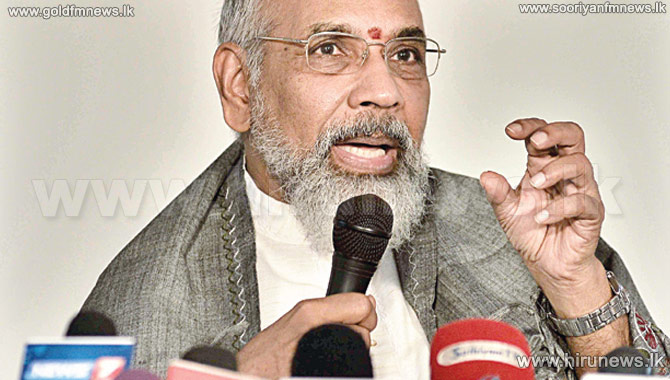 Northern Provincial Council Chief Minister C.V. Vigneswaran states that the dream of turning Sri Lanka to another Singapore can be realized, if steps are taken to build peace and harmony among Sinhalese, Tamils and Muslims.

Speaking in Sinhala, the Chief Minister expressed his views at a ceremony held in Jaffna under the patronage of President Maithripala Sirisena, Prime Minister Ranil Wickremesinghe and former President Chandrika Bandaranaike Kumaratunga.

Quoting the popular statement made by Singapore Prime Minister Lee Kuan Yew in 1948, that he would turn Singapore into Sri Lanka, Northern PC Chief Minister stated that Sri Lanka can be taken to a good position if everyone would think in such manner.

The residents of Jaffna warmly welcomed the political delegation led by President Maithripala Sirisena during the ceremony held today at Walalai in Jaffna.

The ceremony was held to release 425 acres of land to their original owners under the first phase of releasing 1000 acres of lands that were held earlier by the army.