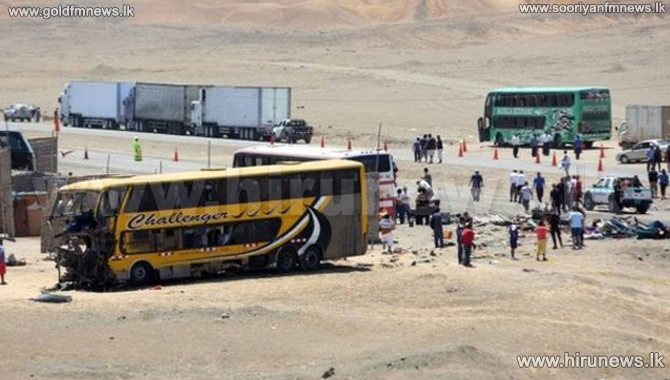 At least 36 people have died in a multiple pile-up in Peru.

Around 70 people are also reported to be injured after a bus drifted into the opposite lane.

The bus, operated by the Murga Serrano line, was hit by three vehicles coming in the opposite direction - two buses and a truck.

The vehicle was carrying a delegation from the Christian organisation the Worldwide Missionary Movement, it is reported.

The accident took place before dawn on the Pan American Highway near Huarmey, about 200 miles north of the capital, Lima.