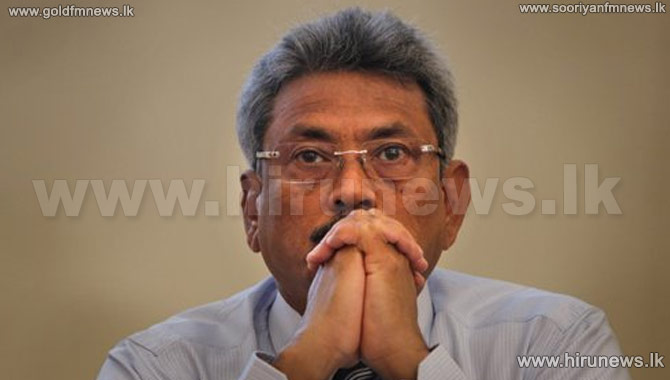 The Finance Minister Ravi Karunanayake has sent a Letter of Demand to former Defence Secretary Gotabhaya Rajapaksa demanding a sum of Rs. 2 Billion as compensation.

The Finance Minister has demanded the compensation based on a statement made by former Defence secretary to an English Newspaper regarding the assets of the minister and the construction of his house.

Addressing a media conference held in Colombo today, the minister stated that the former Defence secretary did not confirm this statement.

However, the minister further said that the decision regarding the Letter of Demand was taken as Gotabhaya Rajapaksa has not declared his assets and liabilities even after one month had elapsed.