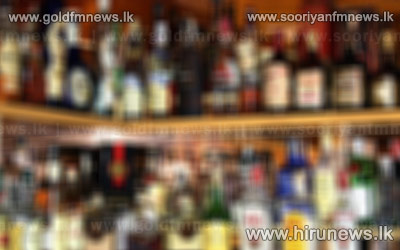 The Supreme Court ordered today to suspend the gazette notification with regard to charging a minimum 200 million rupees monthly tax from liquor and beer manufacturing companies.

The Supreme Court issued this order when a petition filed by 4 liquor and beer companies was taken for hearing today.

The proposal to charge 200 million rupees monthly tax from liquor and beer companies was made in the interim budget presented recently to parliament.

The 4 companies filed the petition citing that their fundamental rights were violated by imposing this tax.

The Supreme Court also ordered the respondents including the Finance Minister to file objections before 30th of April.