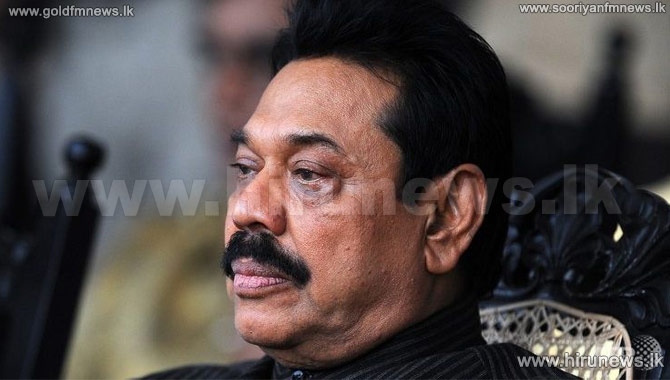 Former President Mahinda Rajapaksa’s Media Unit stated that a serious issue has been raised with regard to former president Rajapaksa’s security.

The Media Unit, in its press release stated that the Cabinet spokesman Minister Rajitha Senarathna is making false statements regarding the former president’s security briefings.

The Cabinet spokesman stated yesterday that 108 soldiers and 105 policemen have been scheduled for the security of the former president.

The Cabinet spokesman also said that 21 vehicles have also been given for his use.

However, former president’s media coordinating unit stated that only 6 vehicles have been provided for the use of the former president and no vehicle has been given to his officers since the 3rd of March.

The press release also stated that despite the elimination of the LTTE, there were instances of former LTTE cadres regrouping in the recent past.

The press release further stated although such attempts were thwarted, there are still threats to the former president’s life.

Several MPs and PC members also participated in the meeting, and the discussions were centered on the public rally to be held tomorrow at Seevali grounds in Ratnapura.

Meanwhile, Different opinions were made regarding MP Dilum Amunugama’s participation in the public rally that was held in Kandy to make Mahinda Rajapaksa as the SLFP prime ministerial candidate.

The SLFP stated later that disciplinary action would be taken against the MP as the MP participated in a political rally organized by outsiders without obtaining proper permission from the party.