“I will not allow resurgence of terrorism” – PM 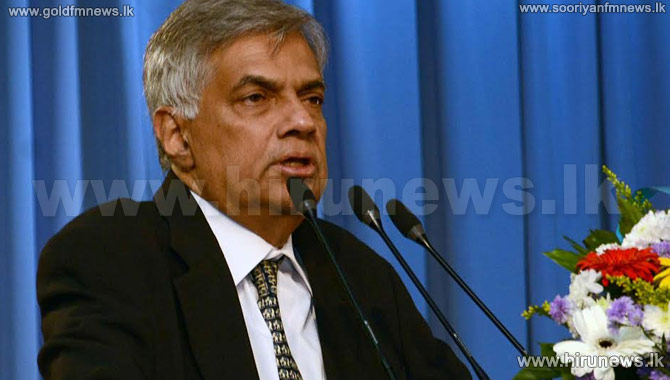 Prime Minister Ranil Wickremesinghe reiterated that no room would be left at all for terrorism to raise its head in any part of the country.

He said the goal of the government is to build a country for all communities to live irrespective of their race or creed.

Addressing the heads of media institutions at Temple Trees this morning, the Prime Minister said that all should make commitments towards such a goal.

He urged the heads of all media to manage their affairs dispassionately when it comes to communal issues.

He also said that already an office under the patronage of former President Chandrika Bandaranaike Kumaratunga has been set up intending to restore communal harmony.

The Prime minister said that the next goal of the government is to restore financial disciplines.

He said that new institutions have already been established to cope with the issues.

The 19th constitutional amendment has already been presented in parliament as promised during the Presidential election.

Further to this progress, discussions have been started with political parties in order to change the current electoral system.

The Prime Minister said that a final decision would be taken after the discussions are completed.