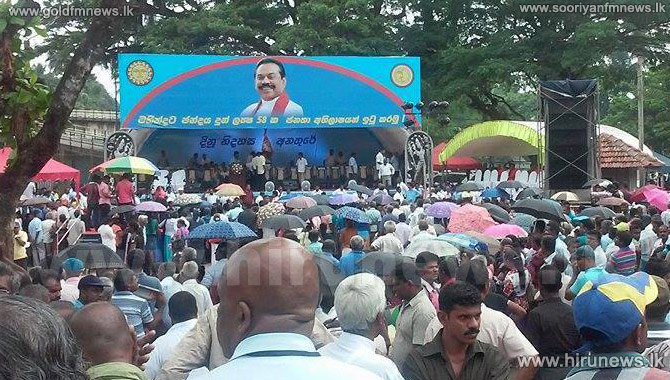 Former President Mahinda Rajapaksa says although he was defeated in the election, none of them will be defeated politically.

He sated this in a message sent to the ongoing rally held in Ratnapura campaigning to nominate Mahinda Rajapaksa as the prime ministerial candidate in the next general election.