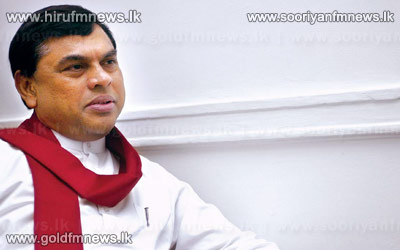 Kaduwela Magistrate yesterday ordered to record a statement from former Minister of Economic Development Basil Rajapaksa in connection with a financial discrepancy that had taken place in the Divi Neguma Department.

Having observed that nobody was present in the house, the officers have attempted to stick the court order on the entry door of the former minister’s house.

At that time, objections were raised against the officers of the Financial Crimes Investigation Division, as residents stated that the house belonged to some other party.

The Police Media Spokesman said that police would take action to inform this matter to the Court accordingly.

The order was given after the CID provided further information about the floating Armory of Avant Garde, which was docked at Galle Port.

Meanwhile, lawyers appeared for Avant Garde Company informed the court that the insurance of the floating armory vessel would terminate on the 31st of this month.

The lawyers also told the court that the vessel is in a dilapidated condition, and the Galle port could be affected due to a possible oil leak.

Therefore, they sought court permission to transfer the weapons on board to another vessel, and replace the 11 crew members as they have been exhausted.

However, the appeal to transfer the armory to another vessel was rejected but the Magistrate permitted to replace the staff.

Next hearing of the case was scheduled on the 21st of May.