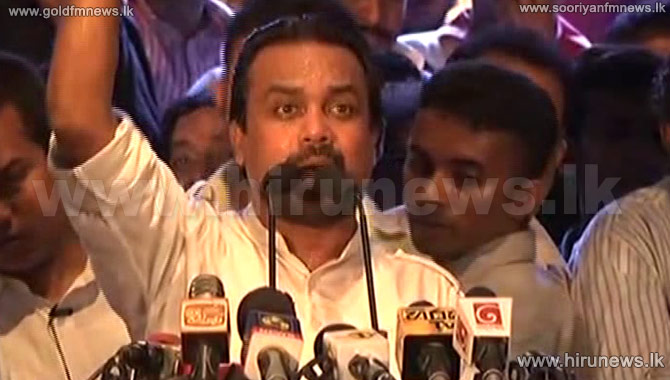 MP Wimal Weerawansa says that an opportunity has now arisen for former president Mahinda Rajapaksa to rectify the previous government’s flaws and infusing life to the nation.

He said so while joining last afternoon in Ratnapura the third rally of the series of people’s rallies being held demanding that former President Mahinda Rajapaksa be named the UPFA prime ministerial candidate.

This rally in which a huge number participated was themed “Let us fulfill the aspirations of the 5.8 million people who voted for Mahinda”.

In addition, MPs Y. G. Padmasiri and Shriyaani Wijewikrema as well as a large group including  artistes and academics participated in the rally.

Leader of the Pivithuru Hela Urumaya, Udaya Gammanpila addreing the rally stated that, Minister Rajitha Senarathna is a person who came forward to defeat the SLFP.