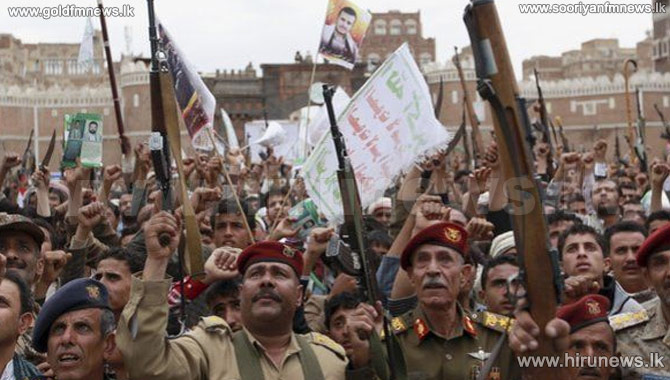 It is the first confirmation of his whereabouts since Wednesday, when he fled rebel forces in the city of Aden.

The officials say he will go to Egypt for an Arab league summit on Saturday.

During the second night of raids warplanes again targeted rebel positions in Yemen's capital Sanaa and an air base near the southern port city of Aden.