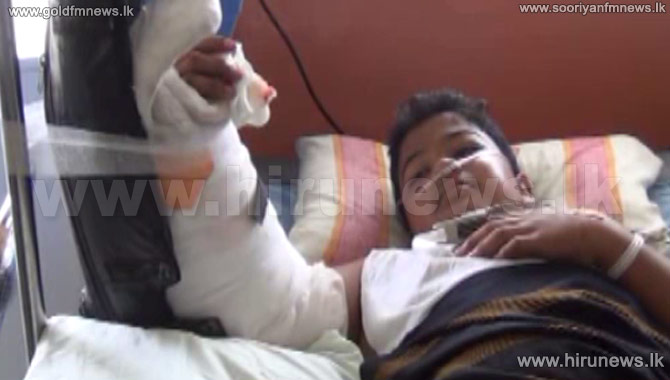 Dr. Praveen Jayasinghe of Colombo National Hospital says that he was able to successfully engraft a limb of a teenage boy which was disjoined from his elbow.

The boy whose forearm that disjoined in a bus accident occurred yesterday at Balummahara junction on the Colombo Kandy road was hospitalized immediately.

The forearm of the teenager was slashed when a speeding bus attempted to overtake the bus in which the victim was traveling in.

The boy was rushed to Gampaha Hospital and immediately transferred to Colombo National Hospital.

Dr. Jayasinghe stated that a team of surgeons led by Selva Ganeshan performed an operation on the boy from 4.30 in the evening to 11.30 in the night.

Dr. Jayasinghe told our news team the next three days would however be decisive to confirm the results of the operation.

The 15-year old victim, Oshada Madushanka of Walauwatta in Gampaha is receiving treatment in the ICU under the close supervision of a panel of doctors.