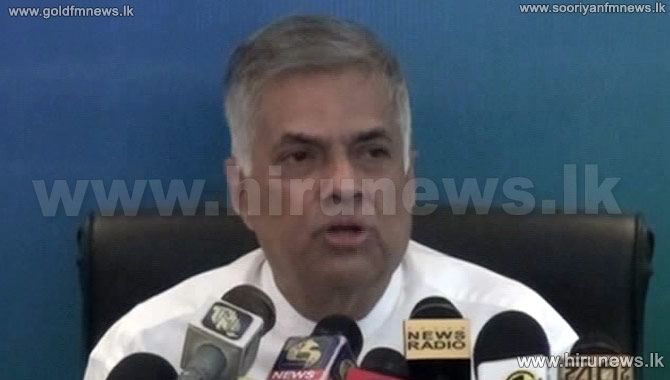 Prime Minister Ranil Wickremesinghe who is visiting the North has joined in a discussion with all political party MPs of the Jaffna district.

A Prime Minister’s office spokesman stated that the MPs representing TNA, UNP and UPFA have joined in this discussion which is taking place at the Jaffna District Secretariat.

In addition, the Prime Minister is scheduled to participate in another two meetings, one with regard to the resettlement program and the other one with regard the welfare of the rehabilitated youth.

The Prime Minister, who arrived in Jaffna this morning, first visited the Naga Viharaya and participated in religious activities.

Later he participated in a program for pregnant mothers held in Weerasingham hall.