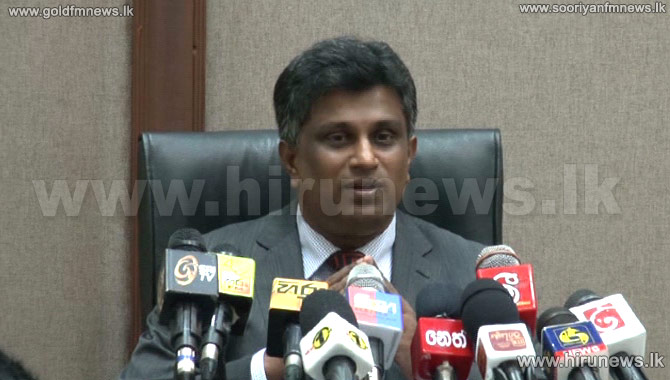 The Foreign Ministry categorically rejected certain reports that Sri Lanka has permitted Indian fishermen to catch fish in its territories for 83 days per year.

Indian media had reported that such an agreement was made during the Indo-Sri Lanka fisheries discussions held recently.

He also verified certain media reports which quoted visiting Sri Lankan President Maithreepala Sirisena saying that a decision was taken to continue the construction of the withheld project.

The Deputy Minister said that a detailed discussion with regard to the Colombo Port City project was not held during President Sirisena’s tour of China.

He also said that a definite decision has not yet been taken whether to stop the project or continue it.

At the same time, journalists questioned the deputy minister about the former Sri Lankan Ambassador Udayanga Weeratunga who has now been charged for supplying weapons to Ukraine militants.

Answering journalists, Deputy Foreign Minister Ajith P Perera said that a broad investigation would be initiated despite the fact that Weeratunga is reported missing.