"No secret camps in the country" - PM Ranil 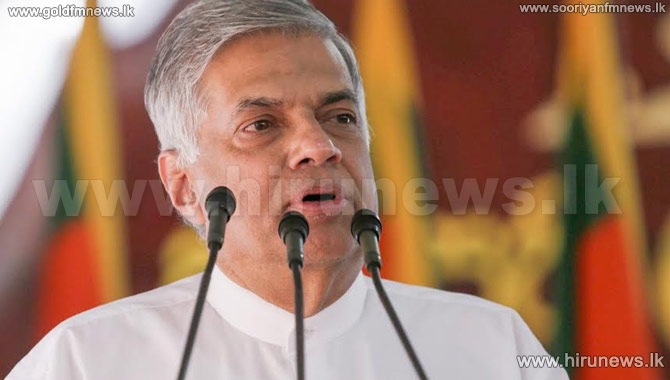 Prime Minister Ranil Wickremesinghe says that there are no secret camps in the country.

He also said the investigations with regard to missing persons would be completed within 6 months.

The Premier made these statements at a meeting held with the MPs of all political parties of the Jaffna district at the Jaffna District Secretariat today.

The Prime Minister, who arrived in Jaffna this morning for a 3 day visit, first visited the Naga Viharaya and participated in religious activities.

Later he participated in a nutritional program for pregnant mothers of the district.

Speaking further, the premier said that certain incidents said to have occurred in this country could not be taken to an international court of justice.