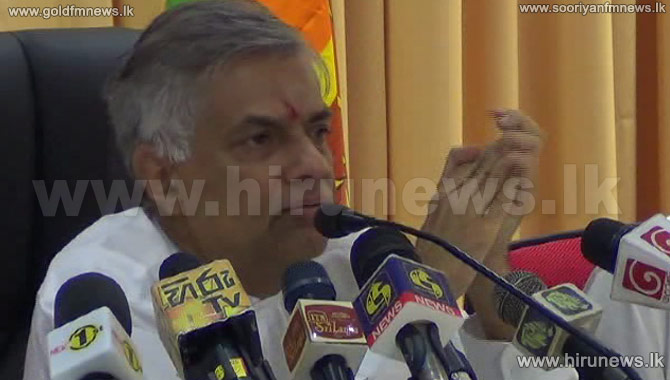 Today is the second day of Prime Minister Ranil Wickremesinghe’s visit to the North.

The Prime Minister is expected to meet with Principals of Natonal Schools in Jaffna and will meet with the people who will be gathered at the Jaffna district secretariat.

Prime Minister Wickremesinghe who will then visit Delft island will then inspect the Palali Air Force Headquarters and the Kankasanthurai Naval Headquarters.

The Prime Minister will have a discussion with security force personnel of the North at the Palali Headquarters.

Meanwhile, Prime Minister yesterday joined in a discussion with all political party MPs of the Jaffna district.

Premier Wickremesinghe stated that there are no secret camps in the Country and said that investigations in to those missing will be concluded within 6 months.