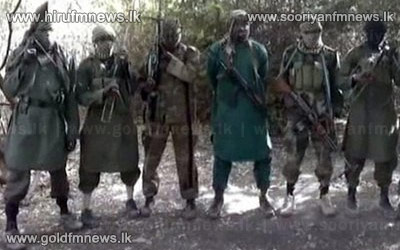 Boko Haram extremists killed 41 people, including a legislator, and scared hundreds of people from polling stations in the northeast, but millions voted across Nigeria yesterday, in the most closely contested presidential race in the nation's history.

In electoral violence elsewhere, 3 people including a soldier were shot and killed in political thuggery in southern Rivers state, and two car bombs exploded at polling stations in the southeast but no one was injured.

All the Boko Haram attacks took place in northeastern Nigeria, where the military Friday announced it had cleared the Islamic extremists from all major centers, including the headquarters of their so-called Islamic caliphate.