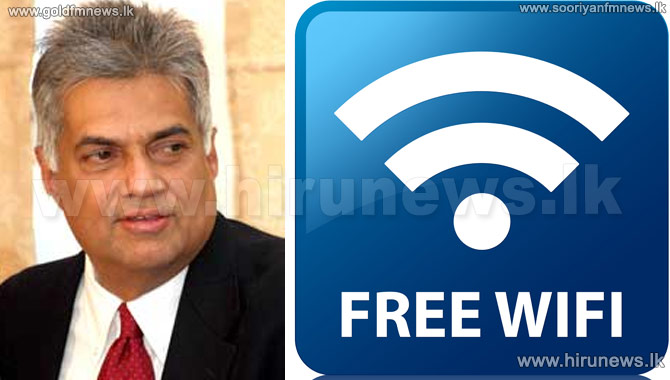 One of the promises given during the last presidential election, Wi-Fi free internet facility program was inaugurated this morning under the patronage of Prime Minister Ranil Wickremesinghe.

Accordingly steps will be taken to set up more Wi-Fi Centers at places where more youths move about.

Addressing the inaugural ceremony Premier Wickremesinghe said that the funds spent to implement this program would be a precious investment in the country.

In addition, the prime minister said that the Sri Lanka Cricket Control Board was dissolved and a new board has been appointed instead.

He said the decision to dissolve Sri Lanka Cricket Control Board was taken in order to probe the corruption and irregularities that have been taken place in the past.