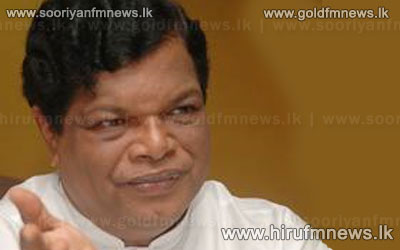 The former minister visited the Bribery Commission to request its officials to expedite the inquiry made against him.

Lanka Teachers Association made a complaint against former minister Bandula Gunawardana and the former ministry secretary on February 5th.

The Teachers Association charged that several irregularities have been taken place in implementing the Mahindodaya Technical laboratory project.

The former minister visited the Bribery Commission for the first time on February 6th and requested its officials to inquire the complaint as soon.