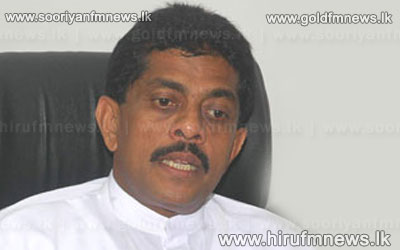 Sri Lanka had to bear a loss of 200 million dollars due to this hedging transaction.

Meanwhile former deputy minister Sarana Gunawardana who had been remanded in connection with a 96 million rupees financial fraud was released today.

Police Media Spokesman ASP Ruwan Gunasekera stated that Gunawardana was released on two personal bails amounting to one million rupees each when the case was taken before Attanagalla Magistrate today.

MP Gunawardana was charged for collecting 96 million rupees promising to supply a stock of scrap iron removed from a BOI company, and later breaching the promise.

Mr. Gunawardane was produced in Court on charges of having swindled Rs.9.6 million from a businessman.