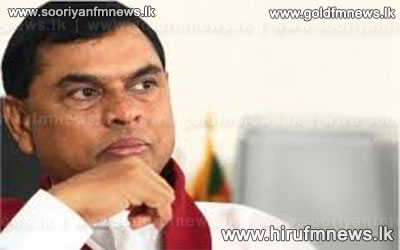 The Kaduwela Magistrate Dhammika Hemapala ordered today to arrest former Economic Development minister Basil Rajapaksa, soon after his arrival in the country, and produce him before court.

A lawyer appearing on behalf of the former minister filed a motion today, and appealed the court to declare null and void the previous court order to arrest his client on his arrival in the country.

The motion has pleaded the court to allow former minister Rajapaksa to appear before the court through his lawyers.

Having considered the motion, the Magistrate rejected it.

Later the Magistrate ordered police to follow the original court order, arrest the former minister on his arrival and produce him before the court.

Meanwhile former minister Basil Rajapaksa stated in a communiqué that he would return to the country soon.

He has also stated in his communiqué that he went to the US to obtain medical treatment.