No free lunch philosophy of Singapore 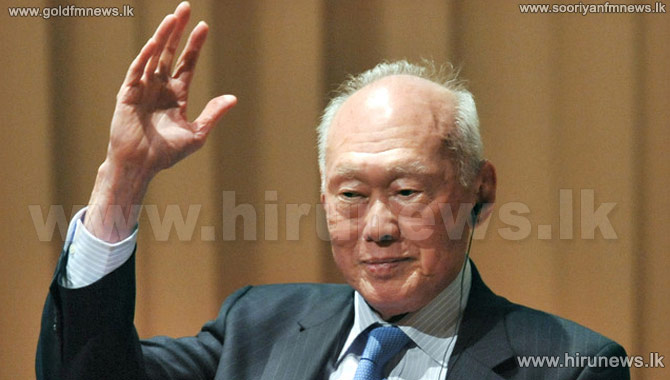 Lee Kuan Yew is no more. But the city state will be there to tell the story of his work — the transformation of Singapore from a Third world country to a First world nation. There are several pillars that have promoted the transformation.

One major accomplishment of the founding Prime Minister was in practically eradicating corruption, which was the key ingredient in effective governance. Singapore stands at rank 7 on the Corruption Perceptions Index 2014; there are 167 countries below it on the index. India is ranked 85. How could Singapore do it? It was done not via endless litigation, but by demonstrating that corruption will not tolerated, come what may. For example, in 1975, the Minister for Environment, returning from a holiday, was arrested at the airport for accumulating some ill-gotten wealth, and in 1989, the Minister for National Development committed suicide after being informed about investigations into corruption charges.

The second pillar holding the prosperity fort has been a workforce that has the discipline of adhering to productivity-linked wages and bonuses. Non-performers seldom get away in Singapore under the guise of workers’ solidarity. Singapore’s National Trades Union Congress is a shining example of a centre that is truly working for the welfare of workers. The provident fund system that assures decent retirement benefits also helps in times of an economic crisis. The contribution rates are toned down to assure that overall wage costs ensure competitiveness. The third pillar has been economic policies favouring a strong Singapore Dollar. It helped in keeping the domestic inflation rate as low as it was feasible, while orderly wage rises combined with skill development and productivity growth have helped in maintaining competitiveness.

The fourth pillar is internal security. No young woman feels insecure while standing at a bus stop at night in Singapore. The fifth — which is, for many reasons, the most crucial pillar — is equality of educational opportunity: excellent government schools catering to the first 12 years of education, and Cambridge A-level exams that effectively eradicated the need for sundry entrance tests. The high calibre of students entering the undergraduate programmes, and the implicit demand for excellent professors is what has helped the country climb world rankings for higher education. The National University of Singapore ranks 25 while the relatively younger Nanyang Technological University ranks 61 in the World University Rankings, 2014-2015.

The list of pillars supporting the nation can go on — the development of excellent infrastructure, a work culture that discourages more talk and less work, a no free lunch philosophy. It’s because of believing in pragmatism as the ideology in policymaking that Singapore capitalised on foreign direct investment and trade, when practically the entire developing world was inimical to both.

A final point worth noting is Singapore’s respect for individual freedom to pursue one’s religion on the understating that politics is kept far away from religious discourse. (The Hindu)