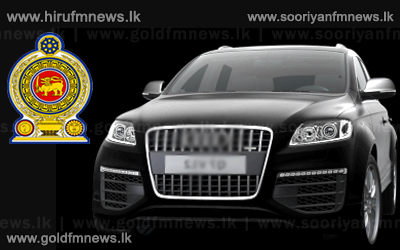 It has been revealed in investigations carried out so far that 18 vehicles including motor vehicles and motor bikes belonging to the presidential secretariat were missing.

Police Media spokesman said that it was necessary to find out who were using these vehicles.

Police media spokesman request the public to inform the CID and the trade Crimes Investigation Division, if relevant information is known.