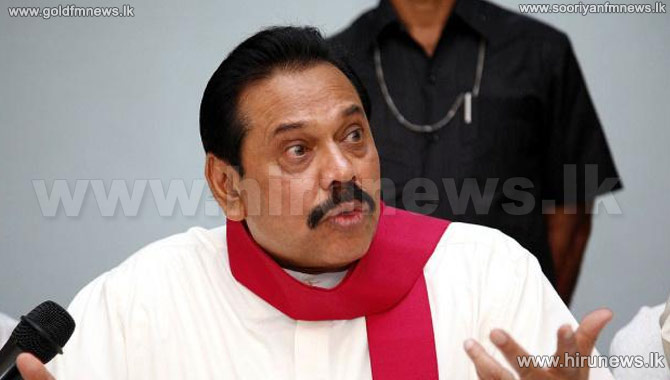 Former President Mahinda Rajapaksa says that a problem about his security has cropped up as a result of sufficient vehicles not being provided for security guards.

A religious programme was held at the Sri Punyawardhanaaraama Buddhist Temple in Bandaragama yesterday invoking blessings on the former President.

Our reporter said that a large group including MPs had participated in the occasion.