ISIS fighters cutting off the heads 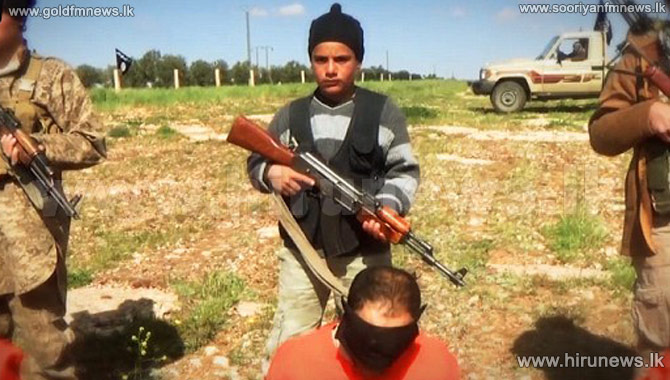 Islamic State's children have taken center stage in the latest propaganda video from the terror group purporting to show the apparent beheading of eight Syrians.

The video, posted on social media today, claims to show ISIS fighters cutting off the heads of men said to be Shi'ite Muslims.

The eight men, wearing the orange jumpsuits which have become associated with the group's sick propaganda, were said to beheaded in the central Syrian province of Hama.

Blindfolded and with their hands bound behind their backs, the captives are seen being led forward in a field by teenage boys.

They are then seeing being handed over to a group of masked fighters and each is given a knife from a smiling boy before the hostages are forced to face down on the ground before being butchered.

An Islamic State fighter speaks in the video, using a derogatory term for Shi'ites and calling them 'impure infidels.'