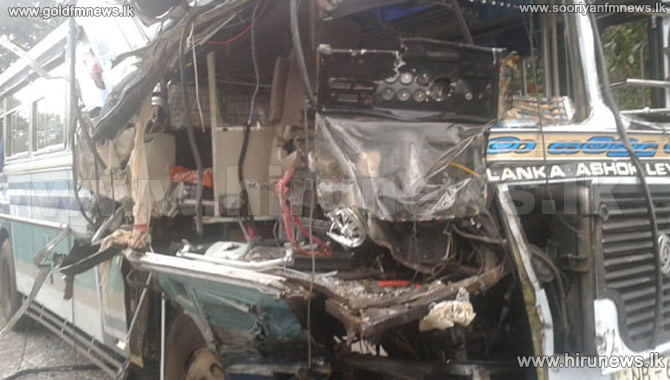 One army soldier was killed and another 32 injured in a motor accident that occurred in Ratnapura this afternoon.

The accident occurred when a Moneragala bound private passenger bus from Colombo crashed against an oncoming army truck.

The injured were hospitalized, and Ratnapura hospital director Dr. Sampath Ranaweera said the condition of four of them was critical.

Two soldiers killed and 28 injured when an Army Truck collided with a passenger bus in Rathnapura new town, Police stated.