No place for media show in 'Good Governance', except for truth: MP R. Duminda Silva 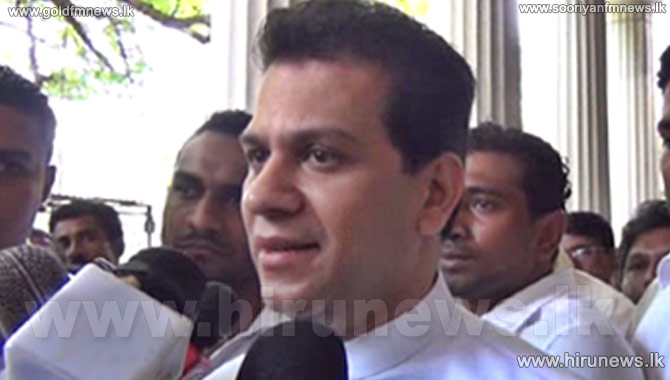 The case in connection with the Mulleriyawa incident was taken up for hearing today before Colombo High Court Judge Devika Livera de Tennakoon.

Speaking to the media after the today’s hearings, Colombo district parliamentarian R. Dumindha Silva said, as he is innocent, he is confident that the court would mete out justice.

“I know I am innocent and I have done no wrong.  Hence I have nothing to worry. I am confident that the court would mete out justice” he stated.

“The Good Governance regime is going on the right path and I am thankful to them for indicting me before the high court in order to clear my name,” he stated.

Meanwhile journalists questioned former President Mahinda Rajapaksa about the Mulleriyawa incident, when he was leaving a Cinema hall in Kolpitty today.

Journalist – Today, MP Dumindha Silva has been bailed out

Mahinda Rajapakse – He should be bailed out, as he was already on bail

Journalist – Did you take any action during your reign in this regard?

Mahinda Rajapakse – This case was in the court during my time, and just because you accused someone, does not mean he/she is guilty, allegations must be proven before the court of law”