2 killed in an accident 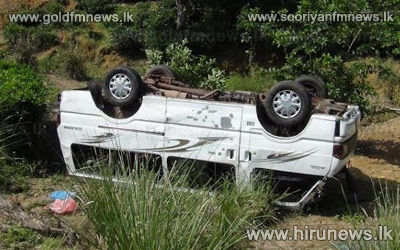 Two persons in a shop were killed when a lorry moving towards Kandy on the Colombo – Kandy Road skidded at Meepitiya and crashed into the shop.

While the lorry driver has been arrested in connection with the incident, he is scheduled to be produced before the Kegalle Magistrate’s Court today.

One person was killed and four more persons were wounded as a result of a van falling into a precipice of about 75 feet at WestDoor on the Nuwara Eliya – Kandy Road. The injured were hospitalized.

The person killed in the accident was a resident of Badulla.