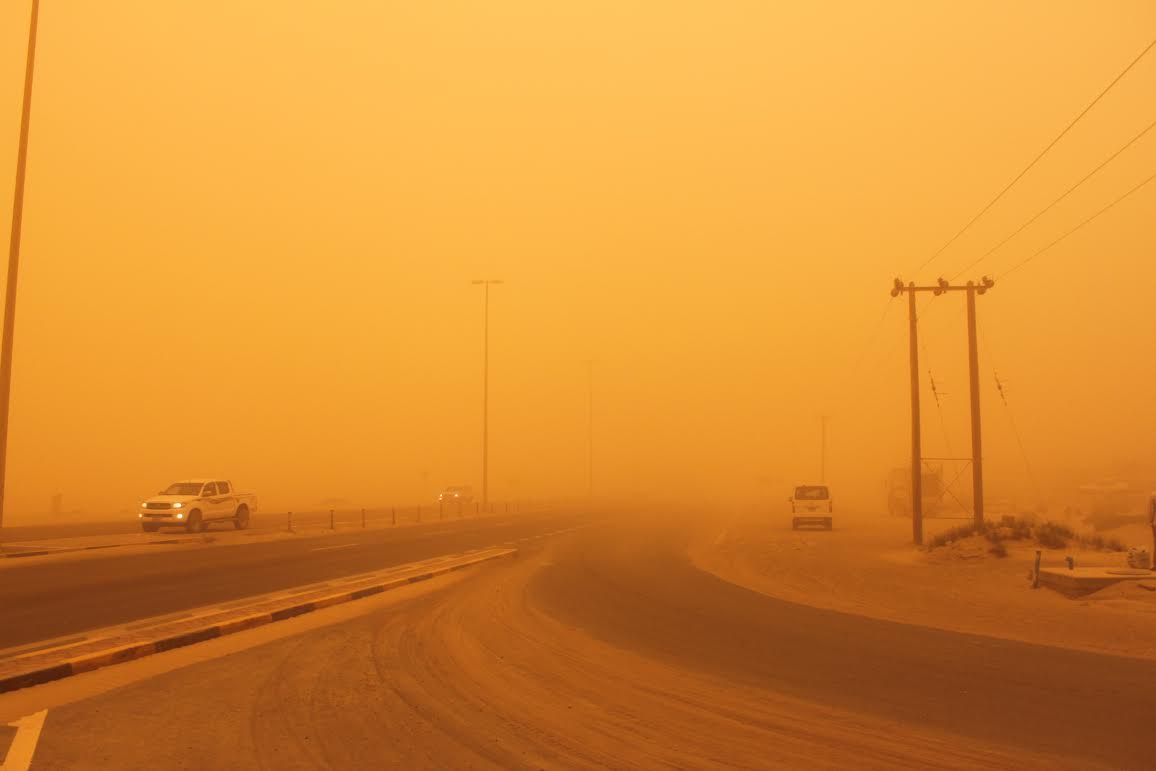 Dust and sand storms led to low visibility across the UAE on Thursday morning.

The National Centre of Meteorology and Seismology (NCMS) warned motorists about the poor driving conditions, with visibility down to less than 500 meters in some areas.

NCMS has warned against poor visibility due to strong winds that would blow sand in the air.

Abu Dhabi and Dubai Police also urged motorists to drive with caution, with the latter reminding drivers to keep their car lights on and leave a safe distance between other cars.

Later on in the morning, motorists in Dubai reported that visibility had further decreased in Jebel Ali, to around 100m. The western region, including Al Ghuwaifat and Al Silaa, was one of the first areas affected by the sandstorm.

Meanwhile, NCMEA UAE has tweeted: "Reduce the frequency of going out from the house and being subject to outdoor environment as much as possible."

The weather bureau has also warned seafarers and beach goers to stay away from water as they can expect the sea conditions to be very rough.

People heading offshore should also take care, with the weather bureau warning of strong winds and rough seas around the Arabian Gulf and moderately disturbed seas in the Sea of Oman.

Cloudy and dusty weather is set to continue over the weekend, especially in the interior areas.

The conditions also prompted health warnings from the National Emergency and Crisis Disaster Management Authority, which advised adults and children with asthma or allergies to stay indoors.

Dubai Airports has also tweeted: "Normal operations have been disrupted at DXB & DWC due to bad weather across GCC.Check with your airline for updates."

Overall, the weather will be hazy and partly cloudy, becoming cloudy at times over some areas especially over coastal, northern and island areas.

Moderate to fresh northwesterly winds will blow dust in the air and thus reduce the horizontal visibility, especially over the exposed areas, with significant drop in temperatures over most areas.

The relative humidity will increase by night and early morning over some internal and coastal areas. Sea will be rough to very rough in the Arabian Gulf and moderate too rough in Oman Sea.

According to media reports, schools have been ordered closed in Qatar and Riyadh.