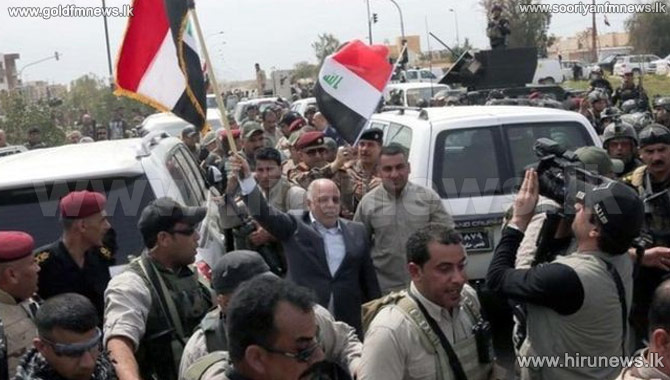 The Iraqi government has declared a "magnificent victory" over Islamic State militants in the city of Tikrit.

Troops are still fighting to clear the last remaining IS holdout in the city, but Prime Minister Haider al-Abadi was filmed raising an Iraqi flag there.

The month-long operation to recapture Tikrit has been the biggest launched yet by the government against IS.

It stalled for a time, but was given fresh momentum when the US-led coalition began air strikes last week.