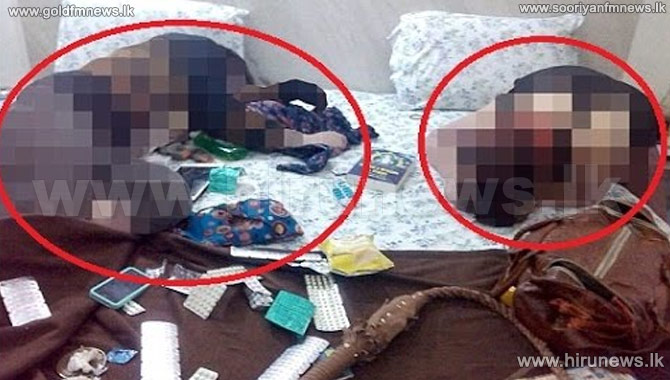 The Police suspect the Indian couple committed suicide inside a hotel in Wellawatta as they failed to bear a loss suffered in Casino game.

A senior police officer told our news team, the investigations revealed that the deceased couple was addicted to Casinos for a long time.

The bodies of the Indian couple were found inside a hotel room in Wellawatta yesterday afternoon.

Police searched for the couple after the hotel owner complained that no whereabouts of the couple was available.

The couple had checked-in into the hotel on March 27.

Meanwhile it is revealed that a person died at Pasyala in Nittambuwa last night after falling down from a 3 storied building.

Earlier, it was reported that this person died by an assault

Police Media spokesman ASP Ruwan Gunasekera said, however, investigations have been initiated in connection with this incident.


Police said that it had launched an investigation with regard to the death of a couple of Indian nationality that had taken place in a suspicious manner in a room in a Hotel in Wellawatta, Colombo.

While their bodies were found in a hotel in 40th lane in Wellawatta yesterday, the post mortem is scheduled to be held today.

The bodies of this married couple was recovered when a search was made as they had not come out of the room.