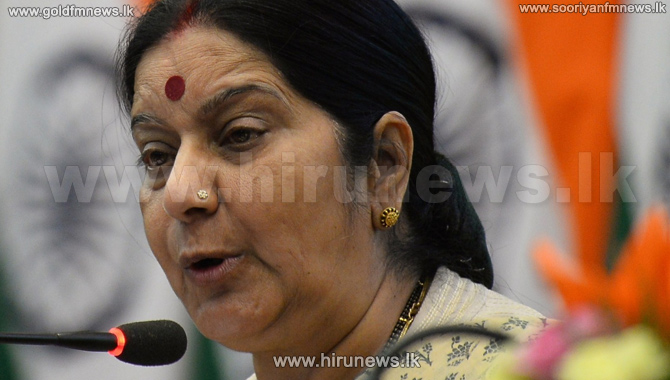 Two agreements were signed between Sri Lanka and India this afternoon to provide assistance to improve the infrastructure in the Northern and Eastern provinces.

The agreements were inked on the sideline of the 9th session of the Indo Sri Lanka Joint Commission which was inaugurated this afternoon.

Indian External Affairs Minister Sushma Swaraj who arrived in the country today to participate in the Commission session met Prime Minister Ranil Wickremesinghe before the inauguration.

27 schools in the North will be rehabilitated under one of the agreements.

The other agreement was signed to build a new operating theatre and provide medical equipment for the Batticaloa teaching hospital.

Scroll down for the video...