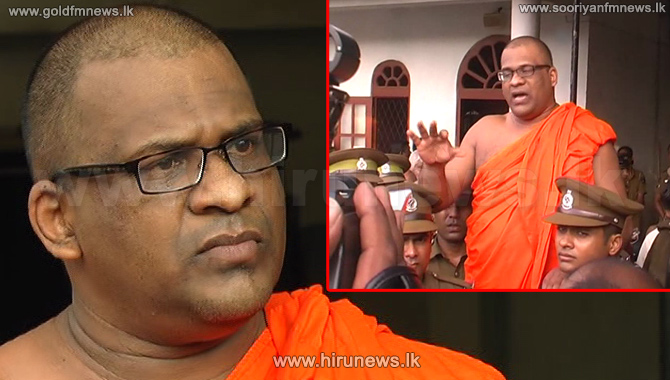 The general secretary of Bodu Bala Sena (BBS) Galagoda Aththe Gnanasara Thera who is currently in remand for contempt of Court has addressed the Chief Prelates, the President, the Prime Ministers and the Cabinet in a letter.

The Thera emphasizes that the BBS initiated with non-violence will continue its revolution even he is remanded.

The Thera states that an opportunity to discuss the past and present with the receiving ends would be a valuable opportunity for him on behalf of the country.

The lay executive Committee member and the Coordinator of BBS, Dilantha Withanage confirmed that the handwritings on the letter belong to Rev. Gnanasara Thera.

Yet, he was not unclear if the letter was originated in the Welikada jail.

Find a copy of the original letter written in Sinhala below...