Another Batch Of Refugees Returns From TN 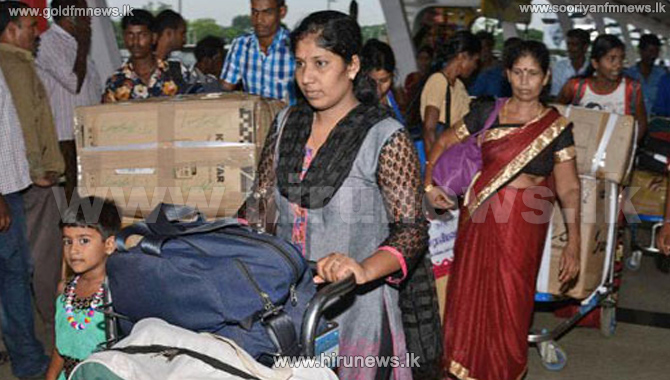 With the facilitation of the UNHCR, forty three Sri Lankan Tamil refugees who were in Tamil Nadu, India will arrive back in the country on Tuesday; February 09. Prison Reforms, Rehabilitation, Resettlement and Hindu Religious Affairs Ministry announced that the UNHCR facilitated voluntary repatriation program with the intervention of subject minister D.M. Swaminathan.

They will arrive in a Sri Lankan Airlines flight at 10.20am from Trichy and Mihin Lanka flight at 12.20pm from Chennai and Madurai. The team which comprised of 24 males and 19 females will be settled in Trincomalee, Jaffna, Vavuniya, Mullaithivu, Kilinochchci and Mannar.