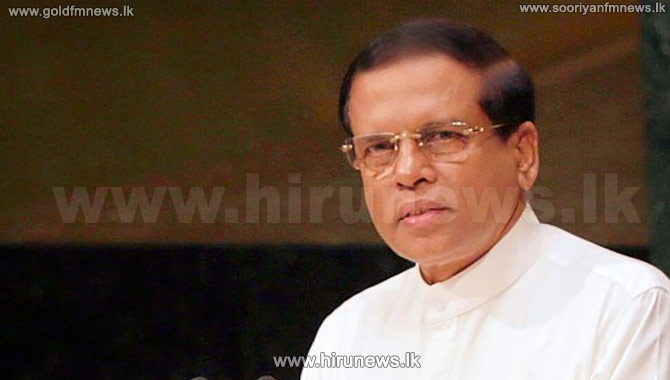 President Maithripala Sirisena will leave for Germany on an official visit. During his visit it is expected to further strengthen the economic and trade cooperation between the two countries.

Germany is one of economically powerful member States of the European Union (EU) and one of the largest export economies in the world.

During his visit to Germany the President also expected to grab many economic and developments benefits to Sri Lanka.

A special ceremony will be held under the patronage of German Chancellor Angela Merkel to welcome the President on February 17 and will accord a Guard of Honour.

A special discussion between the President and the German Economic Affairs Minister is scheduled to hold and during that meeting it is expected to held detail discussions regarding stimulating the economic cooperation between the two countries.

After concluding the two-day visit to Germany the President will leave for Austria on February 19.

The President of Austria, Heinz Fischer will warmly welcome the President with State honour upon his arrival and the President is expected to meet high level Austrian delegation including the Austrian President.

During the visit to Austria the President is also scheduled to meet Austrian business community.

The tour aim to further collaboration and strengthen the relations between the two countries.