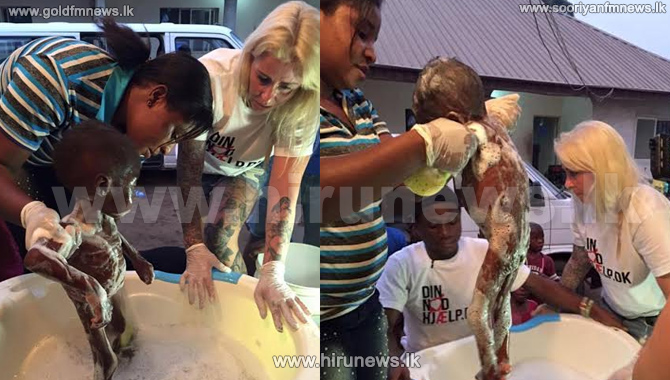 Aid worker, Anja Loven, saves two-year-old Nigerian boy who was at the verge of death after his parents abandoned him.

Foreign media reports that the boy was shunned by his family and community for being a witch.

Loven discovered the boy wandering in streets naked and eating off garbage. He also had his stomach bloated due to worms.

Later he was transferred to a local hospital for treatment.