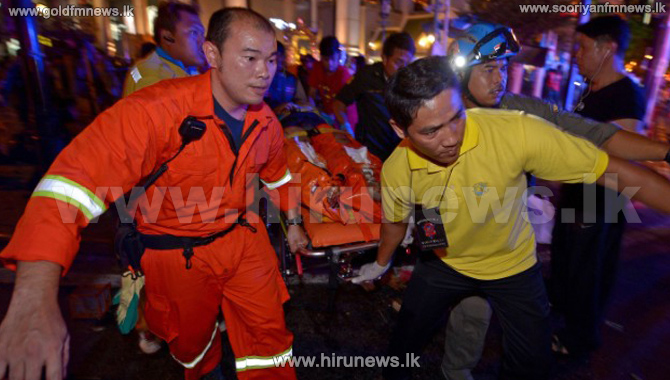 Months after they allegedly confessed, two men adamantly pleaded not guilty Tuesday (16) on all charges related to the bombing of Bangkok’s Erawan Shrine that killed at least twenty people.

Bilal Mohammed and Yusufu Meerailee entered their pleas on several charges including premeditated murder and possession of military weapons in a Thai Military Court. Both are scheduled to reappear in Court between April 20 and 22, when prosecutors and defense lawyers will present evidence.

The August 17 bombing occurred in a busy part of Bangkok often bustling with tourists and commuters. It was all the more unsettling given the target. One of the city’s best known Hindu shrines, it features a golden statue of Phra Phrom, the Thai representation of Brahma, the Hindu god of creation.

Thai authorities cast a wide net after the blast, with the military court issuing arrest warrants for 17 people.

Ultimately, their attention focused on Bilal and Yusufu, both of whom are Uighurs (A Turkic, predominantly Muslim ethnic group who are linguistically, culturally and religiously distinct from China’s mostly Han population) from Xinjiang, China.

Police used surveillance images to link Bilal – then referred to as Adem Karadak – to the bombings, pointing to images they say showed him walking into a restroom and changing his clothes before walking out. Thai national police spokesman Prawut Thavornsir said that he “did admit that the man in the photo was him, and finally he admitted it all.”

Bilal’s lawyer, Schuchart Kanpai, told CNN that he’d also had said his client had made just such an admission, only to insist Tuesday that Bilal had never confessed to police or in writing. The only crime he’s admitted to be using a fake passport to get into Thailand.

According to Schuchart, Bilal wasn’t even in Thailand on the day of the Erawan Shrine bombing, having come into the Asian country on August 21. (Police had said he entered in May 2015.) The lawyer also denied that his client knew Yusufu.

But in Court on Tuesday, a seemingly upset Yusufu – who told the Judge he was a student from Urumqi, China – fervently asserted his innocence. He called for swifter legal proceedings, expressing frustration about having been detained for six-months already.