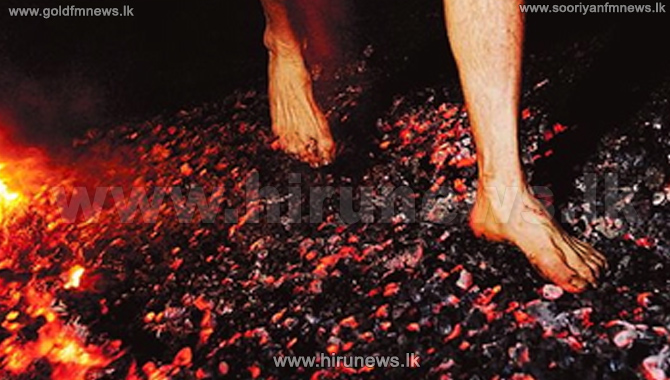 In a shocking incident a woman had a narrow escape after she attempted to cross a fire pit as she stumbled and fell into the pit and her saree caught fire.

Although the police quickly managed to lift her out of the fire pit, she was grievously injured.

A woman who was to step into the pit next as part of the ritual was noticeably hesitant after witnessing the incident herself. But she gathers the courage and steps into the fire pit, unfortunately she too tumbles and falls.

Both women have been shifted to a nearby hospital and are said to be out of danger.

Scroll down for the video...