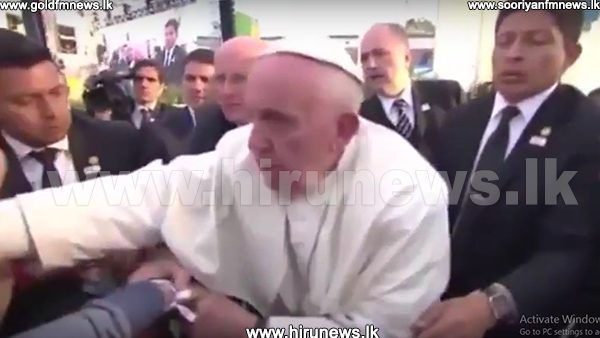 The Pope has shown a rare sign of anger during his trip to Mexico after an eager crowd tugged his arms and caused him to topple over.

Francis was at a stadium in the western city of Morella on Tuesday greeting fans at an open air mass for young people.

However, when one eager person pulled at his robe, it caused him to crash down into a wheelchair-bound man.

And although the Pontiff recovered and kissed the man on the head, he did not hide his irritation.

The pontiff continued to wave to people and handed out rosaries for a few minutes more before leaving again.

Scroll down to watch the video…..