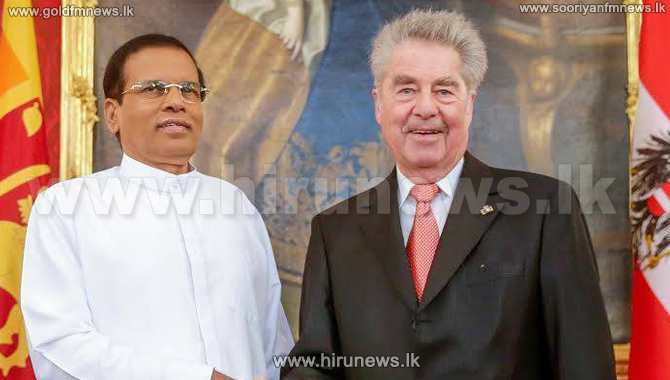 Austrian President Heinz Fischer and President Maithripala Sirisena agreed to increase cooperation with regard to economic development between the two countries as friendly nations.

The two leaders came into this agreement when they held an official discussion at the President's Office of Austria yesterday.

President Sirisena who arrived at the President's Office of Austria was welcomed by President Fischer.

A Guard of Honour was held to welcome President Sirisena, who is on a two day state visit to Austria.