TN fishing boats will not be released- Minister Amaraweera 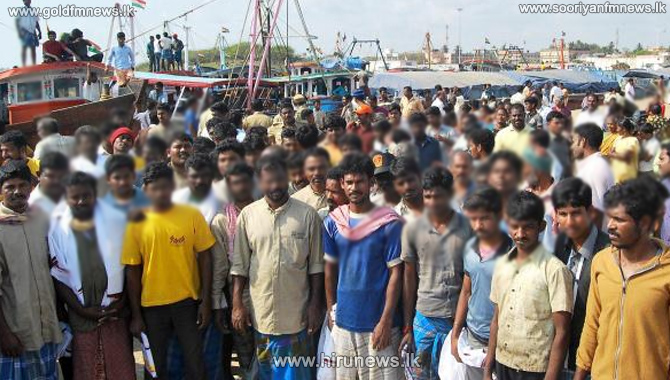 Tamil Nadu (TN) fishing boats that were taken into custody for poaching in Sri Lankan waters will not be released, Minister of Fisheries Mahinda Amaraweera said.

He added that the Navy and Coast Guard Corps were advised to arrest all TN fishermen if found poaching.

Bottom trawling, a popular fishing method practiced by TN fishermen, destroy all aquatic resources in the ocean. It is reported that they are now using an even stronger fishing boat for bottom trawling.

However, minister Amaraweera ensured that permission will not be granted to practice bottom trawling in Sri Lankan waters.

This year nine TN fishing boats along with 39 fishermen were taken into Navy custody. From them 27 fishermen are still in imprisoned in the country.

Indian media have revealed that TN fishermen in eight fishing districts are planning to raid the office of Sri Lanka Deputy High Commissioner in Chennai this 29th.