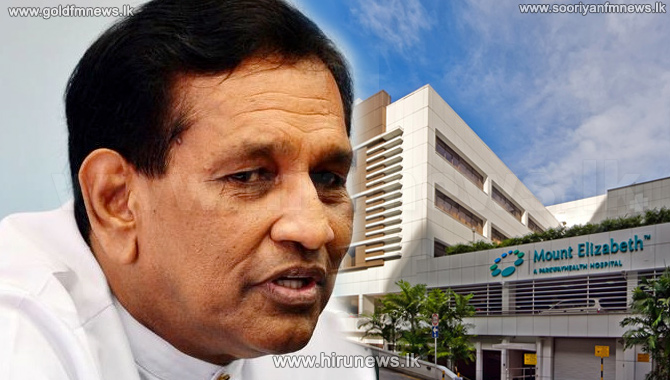 Minister of Health, Nutrition and Indigenous Medicine Rajitha Senaratne, who was admitted to Mount Elizabeth Hospital in Singapore, will undergo a surgery tomorrow, the Ministry stated.

In a press release, the Minister’s Media Secretary Nipun Ekanayake said that this is not an emergency surgery as stated by some media.

Senaratne was admitted to a private hospital last Friday afternoon and was transferred to Mount Elizabeth Hospital the following day.