ETCA is not to be feared says government 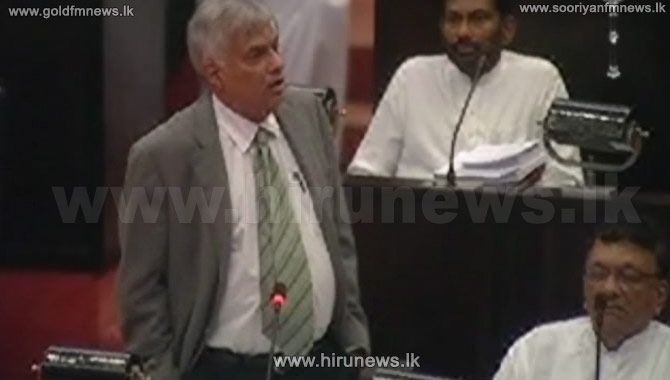 Releasing a special communiqué, Prime Minister Ranil Wickremesinghe stated in parliament today that no one should be intimidated by  ETCA, the  agreement proposed to be signed with India.

On a colloquial note, the Premier noted that ETCA is like 'a blissful child with powerful future'.

At this moment, Chief Opposition Whip Anura Kumara Dissanayake and Leader of National Freedom Front Vimal Weerawansa intervened and voiced their opinions with regard to the matter.