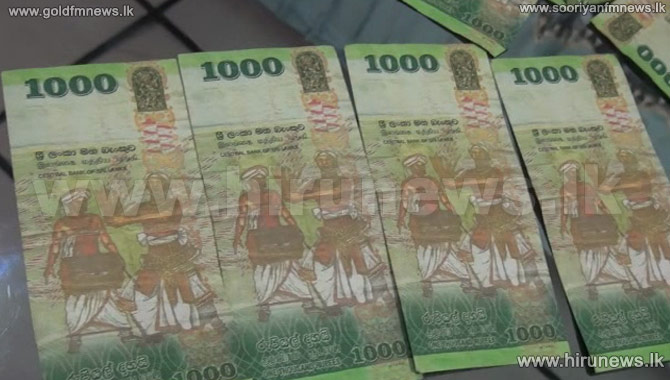 A 56-year-old man possessing a number of counterfeit notes was arrested in Maha Oya town, Ampara.

Upon questioning the police had found that three similar notes were traded in a shop.