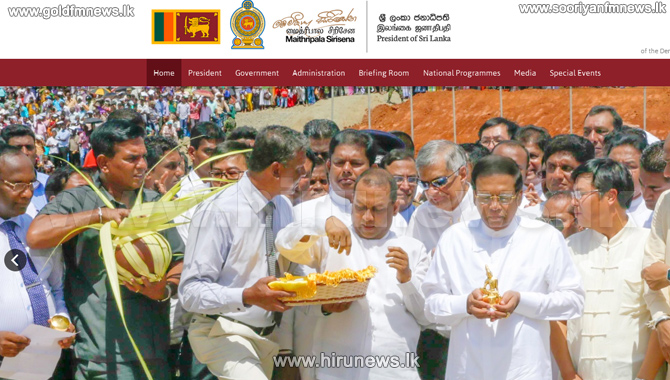 A 17-year old student of Kadugannawa was arrested today under the charges of hacking into of the official website of President Maithripala Sirisena and entering false data.

A senior officer of the CID stated that the student is being further questioned with regard to defacing the President’s website.

President Maithripala Sirisena’s official website was hacked last Friday and was defaced. However, the website was restored later.

Hacking a website or a data base belonging to another person and defacing or stealing data from it, is a punishable offence under the Cyber Crime Act No.24 of 2007.

The Media spokesman of the Sri Lanka Computer Emergency Readiness Team Roshan Chandragupta said that his team will focus its attention to the manner in which the student had hacked into the president’s official website and defaced it.