Authorities to carry out an investigation into the Colombo port fire 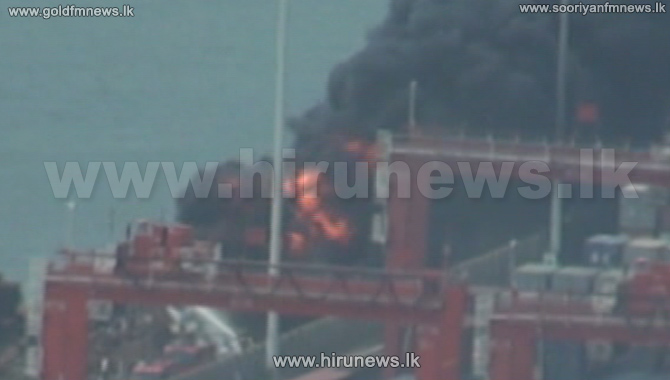 The Harbour Authority says that that an investigation has been launched with regard to the fire that erupted at the Colombo port premises yesterday.

A senior port Authority official told our news team that the cause for the fire had yet to be determined.

It was reported that the fire had not caused any injuries and there was no damage to harbour property.

Issuing a communiqué the ports Authority said that a stock of large rubber hoses had caught fire. The hoses were on a private work site close to the east terminal jetty.