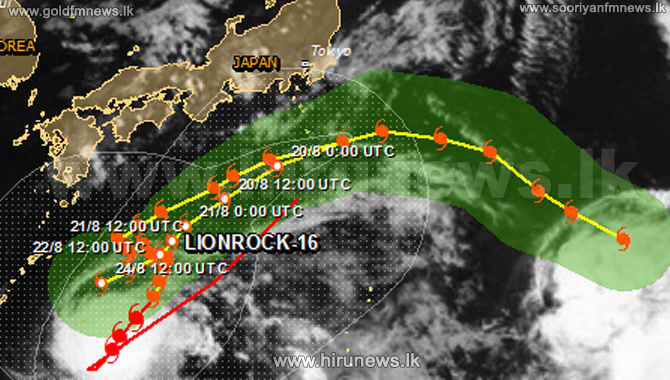 A strong typhoon was on course Tuesday for a direct hit on northeastern Japan, with authorities warning of heavy rain and high waves along the Pacific coast.

As of 10 a.m., typhoon Lionrock was moving over the Pacific Ocean some 180 kilometers southeast off Iwaki in Fukushima Prefecture, and heading northwest at a speed of about 35 km per hour, packing winds of up to 180 kmph with an atmospheric pressure of 965 hectopascals near its center, the agency said.

That would make it the first typhoon to directly land in the region from the Pacific Ocean since the country’s present weather observation system was introduced in 1951, according to the Japan Meteorological Agency.

Typhoons usually approach Japan from the south and southwest before moving northward across the archipelago.